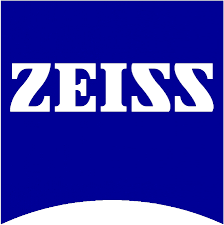 Zeiss recently announced the addition of Nikon (official), Sony, and 4/3 mounts for their Compact Prime series. I expected this since it’s a simple mount and the interface was already interchangeable. I also expected new focal lengths which they announced just this morning. The adaptation of existing ZF/ZE 50mm f/2 macro and the 100mm f/2 macro. These are two of my favorite lenses in the series. The 50mm macro has far better image quality than the 50mm f/1,4 and focuses down to about 10 inches (1:2) but it does lose that little bit of speed over the 50mm f/1,4. Meh… And then there is the insane bokeh of the 100mm macro. With a close focus of 18 inches (1:2) the background is thrown so far out of focus, it’s gorgeous. I can’t wait to get my hands on this macro duo.

OBERKOCHEN/Germany, 08.09.2010.  In 4th quarter of 2010, ZEISS Compact Prime CP.2 lenses will be available with F-mount. The Compact Prime CP.2 series, presented last April, were the first lenses developed especially for shooting with HDSLR cameras. Since then, the lenses have been highly sought after by cinematographers and film photographers alike. In addition to the PL-, EF- and F-mount, Carl Zeiss will soon also be offering the Compact Prime CP.2 lenses with Micro 4/3 and A-mount. The Compact Prime CP.2 lenses’ inter- changeable mount means the lenses can be used for many purposes. The lenses have a compact and robust build so that they can handle any demand on the film set. “With the new enhancement of mounts we want to meet the needs of our customers”, says Michael Schiehlen, Head of Sales of Carl Zeiss AG Camera Lens Division. “The possibility of using our CP.2 lenses flexibly for three different camera systems is not only interesting for new customers. Stores that rent cameras and camera equipment also benefit from the lenses’ enhanced flexibility.” Just in time for the IBC in Amsterdam, Carl Zeiss has announced two new focus lengths that will also be available with F-mount: Compact Prime CP.2 50 mm/T2.1 Makro and CP.2 100mm/T2.1 CF. They complement the seven focal lengths from 18 to 85 millimeters that are already available.